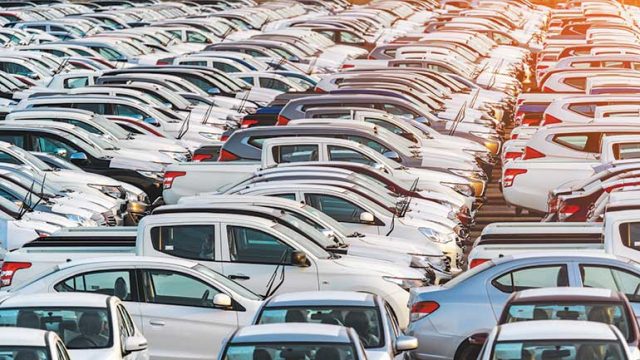 The Philippine automotive industry is gradually picking up from the impacts of the coronavirus disease 2019 (COVID-19), which has largely hampered mobility and has reshaped how industry players offer their products and services as well as what consumers are looking for in a vehicle.

The year 2020 witnessed a plunge in vehicle sales, with data from the Chamber of Automotive Manufacturers of the Philippines, Inc. (CAMPI) and Truck Manufacturers Association (TMA) recording a 39.5% decrease in sales and figures from the Association of Vehicle Importers and Distributors, Inc. (AVID) tallying a 41% decline compared to 2019.

Halfway through 2021, nonetheless, ‘hints of recovery’ are seen as vehicle sales have generally picked up, although some months have seen a pause in such rebound due to the reinstatement of stricter quarantine measures.

In a statement, CAMPI President Rommel R. Gutierrez observed that “[t]he auto industry continues to adjust to the effects of the pandemic, at the same time striving to strike a balance between its contribution to the economy and keeping its stakeholders safe and healthy during these unprecedented times.”

AVID, on the other hand, recorded a 55% increase to 30,153 units compared with the figure in the same six months last year. In a recent BusinessWorld report, AVID President Ma. Fe Perez-Agudo noted that “the recent numbers are encouraging” in spite of the automotive industry, especially importers, being in an “uphill struggle.”

First six months
Last January, CAMPI and TMA recorded 23,380 units sold that month, which was 1.4% down from 23,723 in the same month in 2020. In a statement, CAMPI considered this slight decline as a hint of a slow recovery for the industry.

CAMPI-TMA’s figures in February, however, showed a sluggish rebound as 26,230 vehicles were sold. Year on year (y-o-y), this indicated a 12% decline from 29,790 units. Month on month (m-o-m), this showed a 12.2% growth from January levels; and this was attributed to improvements in sales of Asian utility vehicles and light trucks. AVID, meanwhile, noted a 15% y-o-y decline and a 3% m-o-m increase to 5,401 vehicles.

March saw a surge in CAMPI’s and TMA’s sales, with an 88% y-o-y increase to 20,702 units. This was, however, a 21.1% decrease from February’s sales; and this was attributed to the imposition of provisional safeguard duties on imports and the renewed lockdown restrictions. AVID recorded a 95% y-o-y jump to 5,193 units sold, although this was also a 4% m-o-m decline.

After it investigated a link between the decline in employment in the domestic automotive industry and the increase in automotive imports, the Department of Trade and Industry earlier in the year imposed 200-day provisional safeguard duties on imported cars to protect local jobs. Both CAMPI and AVID have pushed back against the safeguard duties, considering them to be limiting and disrupting the industry’s recovery.

Also, back in late March, Metro Manila and adjacent provinces were put under a modified enhanced community quarantine, which lasted until May 14.

Outlook
Much remains to be seen as the second semester unfolds, yet the positive outlook amid spotted challenges is still intact within the industry.

As reported earlier in the year, CAMPI’s Mr. Gutierrez said he expects the industry to recover to pre-pandemic sales as late as 2023, and recovery depends on certainties in the market, consistent government policies, and widespread inoculation against COVID-19.

Fitch Solutions Country Risk & Industry Research, meanwhile, reported that auto sales growth could end up as high as 21.5% this year, led by purchases of CVs. — Adrian Paul B. Conoza