Bitcoin price remains in a downtrend and it is now trading well below the $33,000 pivot zone. BTC extended its decline below the $31,200 support zone and it settled well below the 100 hourly simple moving average.

The next key resistance is near the $31,500 level. There is also a major bearish trend line forming with resistance near $31,550 on the hourly chart of the BTC/USD pair. The trend line resistance at $31,500 is also close to the 100 hourly SMA. 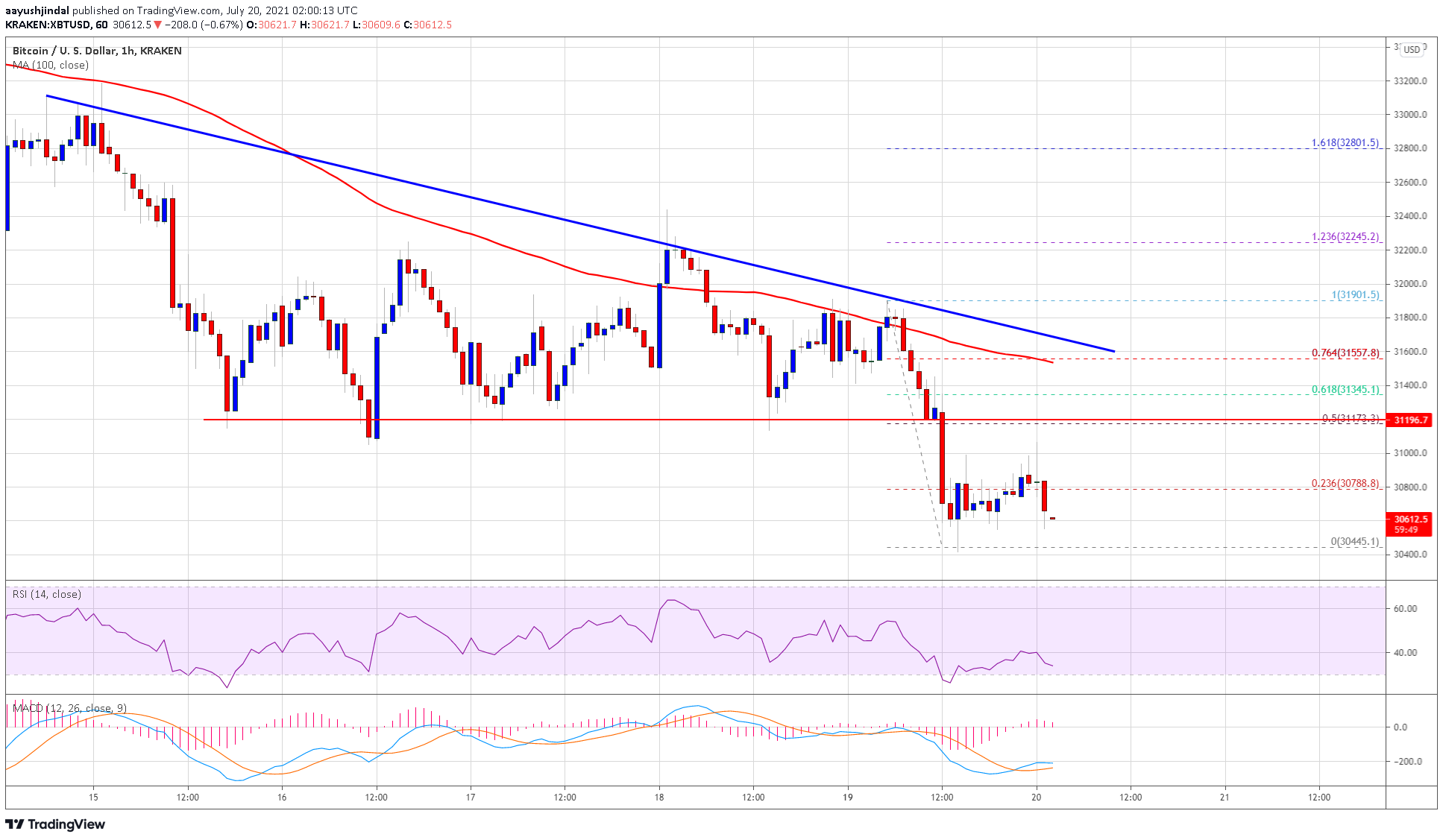 A close above the trend line resistance could initiate a decent recovery above $32,000. Besides, a proper break above the $32,000 level may push the price towards $33,000.

Hourly MACD – The MACD is slowly gaining pace in the bearish zone.

Hourly RSI (Relative Strength Index) – The RSI for BTC/USD is now well below the 50 level.